It was time for another meetup with Valerie as part of our regular foodie get-together. This time, we picked Tacofino Taco Bar in Gastown on Saturday.

They open at 5 p.m. and when we got there, it was around that time and not busy yet. But soon enough, all of the tables were taken – Tacofino Taco Bar is THAT popular!

Both Valerie and I were impressed by the modern design in the interior. We really weren’t sure what to expect but we found the atmosphere nice and cozy.

We were served water and handed the menu right after we were seated. After having a few minutes to discuss our ordering strategy, we decided to share a Fish Taco, Lamb Birria, and Salmon Ceviche. Then it was time to sit back and chat as we waited for the food.

The Salmon Ceviche, according to Valerie, is prepared in a way that the salmon actually isn’t cooked but is marinated in lime juice and served with tortilla chips – and makes for a great appetizer. She was right, as I thought that it tasted delicious.

As for the tacos, we split them so that we could share them!

I really liked the lamb birria, as it was really juicy and dripping all over my hands! I wasn’t the only one with that problem, as Valerie also had the same thing happen to her! But she agreed that it was a great taco. As for the fish taco, boy, it was really nice and crunchy. It was served with pacific cod, salsa fresca, and chipotle mayo. I loved it!

Apparently, when Tacofino first opened, it was just a simple food stand in Tofino, BC, and then soon enough a restaurant-style establishment was opened here in Gastown. When you first walk in here at this Gastown location, you see the “Burrito Bar,” which has a different menu and is for takeout. Then you walk through the store – or the “blood alley square” as it’s called – you enter the Taco Bar where we ended up sitting. The “Burrito Bar” is open daily at 11 a.m., but the Taco Bar opens at 5 p.m. Like I said, at the Taco Bar it’s a nice and cozy place to have a conversation with your friends and enjoy some decent food. Valerie and I discussed quite a few interesting things on this evening – we both talked about how we like to be challenged with thought-provoking topics and we roll our eyes when people talk about juvenile pranks and “jokes.” Fun times for sure!

Oh, we then decided to try both items on the dessert menu, the Churros and Lime Curd Vaso. I had some familiarity with churros but not the lime curd vaso, which turned out to be a delicious cake-type dessert that had three layers, including lime at the bottom. It was great. 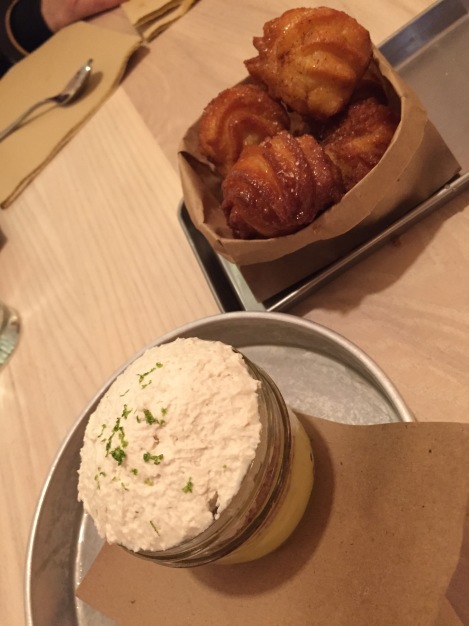 The churros, meanwhile, were these hot little cinnamon donut things that were hollow inside but they tasted nice. It wasn’t too spicy.

It was another great evening of good food, awesome conversation, and just fantastic to catch up. The service was good too – even though it got really packed by 5:30, I thought we got pretty good and attentive service. We didn’t have to wait long for anything. And as far as whether or not we would return again – always the big question when it comes to reviewing food places – both of us figured we would. Tacofino Taco Bar is a definite winner! 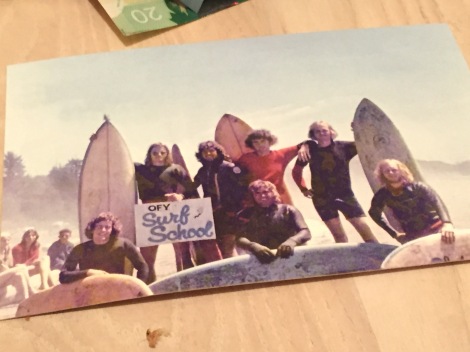 Posted on April 21, 2015, in Food Review, Life. Bookmark the permalink. Leave a comment.