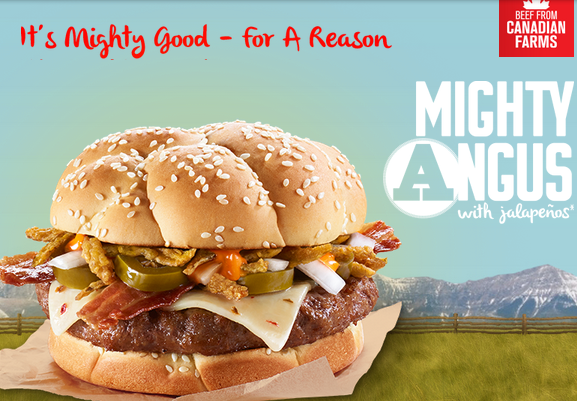 Saw an ad for McDonald’s new Mighty Angus with Jalapeños Burger, and decided to try one out on Tuesday.

Well…actually it’s not “new” because they’ve had this burger in the U.S. since 2013, but apparently it’s only available in Canada now for a limited time. Prior to this so-called “mighty” burger, McDonald’s in Canada already had the Angus Bacon & Cheese and Angus Deluxe on their menu.

I regrettably got this at the much-maligned location on Grandview Highway and Renfrew, where the WiFi was finally working on this day. Nothing else seemed to be.

For starters, they apparently ran out of trays at this location – as I was given a to-go bag even though I stated during the order this was “for here.” Second, as far as I knew, their Monopoly’s game ran till early November…but no stickers for the large fries or pop even though we were still in October. Oh, okay, I realize the stickers are available until they run out, but c’mon….. 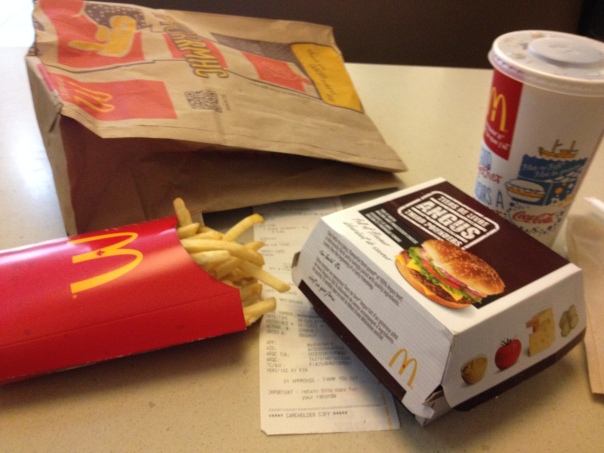 Third, the burger looked…fairly ordinary. I wouldn’t call it “mighty” by any means…. 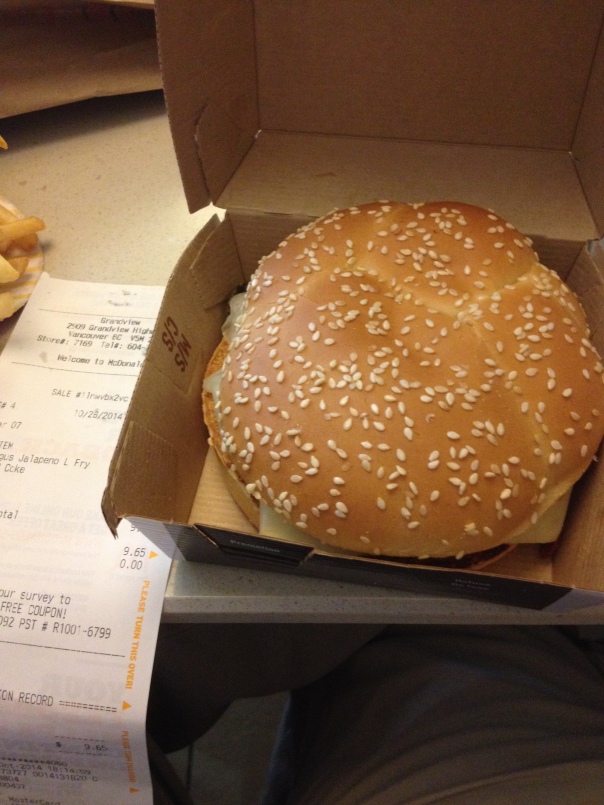 Well, it looked nothing like what they showed in the ad… like I said, fairly mediocre. The one in the ad actually looked juicy, while the one I got looked terrible! It looked like this puny burger that got squished or deflated, or something along those lines.

Fourth, I’d asked for McChicken Sauce with the fries but got none. Typical. I did go to the counter to ask for them, though. (Lastly, their monitors weren’t showing Game Six of the World Series – so I was going back and forth with Carson about the game as he was watching it at home in Victoria.)

As for the taste of this “mighty” Angus, I didn’t feel the kick of the jalapeños until I was two-thirds done with the burger. It was a fairly ordinary burger. Nothing about it blew me away. It wasn’t bad, but it was very ordinary. I mean, the burger contained Angus beef topped with BBQ sauce, jalapeño crisps, jalapeños pepper slices, smoked bacon, and Monterey Jack cheese…but it was nothing special. Definitely not “mighty.” 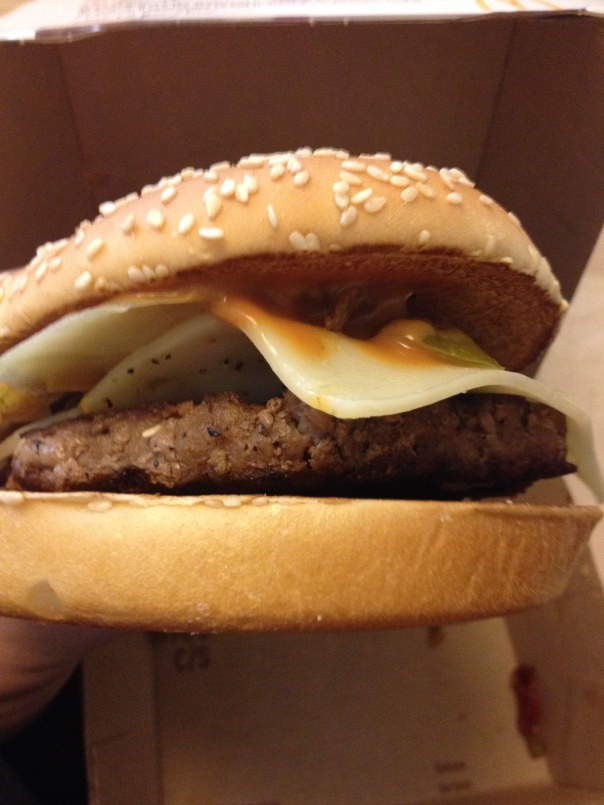 I guess it’s probably better to go down to Rupert Street and have a better burger at Boston Pizza – and also get a chance to watch the game. The “Mighty Angus” is pretty overrated.

When: Tuesday, October 28, 2014
What: Might Angus with Jalapeños Burger combo, with a large fries and medium drink
How Much: C$9.19 plus tax (which came to a total of C$9.65).
Where: Grandview McDonald’s, 2909 Grandview Highway, Vancouver, BC, V5M 2E4
Final Thoughts: The burger was okay, but there was nothing “mighty” about it.

Posted on October 29, 2014, in Food Review. Bookmark the permalink. Leave a comment.