← Food Review: Stonegrill @ the MET (Burnaby)
Baseball: Why is the knuckleball such an important style of pitching? →

(Originally posted on Let’s Eat Out Once a Week.)

On Wednesday night, I was going to meet with a buddy but he cancelled last minute, so I decided to check out Okonomi Sushi, a Japanese-Korean restaurant located in Surrey. (I told my other friend, a Korean-American dude and fellow writer named Leonard, that I would eat some Korean dishes on this night to celebrate the fact that we had just finished editing his new book, as a way to honour him. 😛 So, even if my buddy had not cancelled, I would have suggested Okonomi Sushi.)

Actually, this particular restaurant has two locations in New Westminster (the “Downtown” and “Uptown” Branches), but I figured I would check out the Surrey one since it was right by Gateway SkyTrain Station. In fact, this Surrey Gateway Branch is conveniently located across the street from Gateway Station Tower.

When I came in, there were no other diners so it was perfect timing on my part. (It was just before 5:00 p.m., so some people probably hadn’t gotten off work yet or were “enjoying” their commute home.) The young Korean guy behind the counter was very friendly and pleasant; he brought me a menu and a glass of water very promptly. (Since the staff spoke to each other in Korean, I assume this restaurant is Korean-owned and operated.) The service was simply excellent, and I didn’t have to wait long before the food arrived. During the course of my meal, he asked me a couple of times how the food was and also brought me refills for my water without me asking. Even when I was about to leave, the other staff – there were two in the kitchen – all cheerfully said “thank you, goodbye.” A warm, friendly group indeed.

Anyway, I ordered the Spicy Chicken Karaage and the BBQ Galbi. They actually offered non-spicy Chicken Karaage as well as the spicy one for a dollar extra, and I chose the latter just to see how hot it would be. As it turned out, it was really spicy (for me anyway)! However, I would have to say that it was delicious. It had more flavour than some of the chicken karaage – which is Japanese-style boneless deep fried chicken marinated in a special sauce – that I’ve tasted at certain Japanese All-You-Can-Eat restaurants. 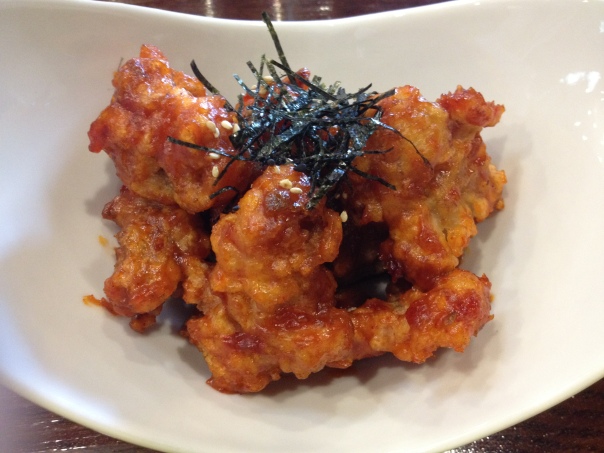 The BBQ Galbi, meanwhile, is a Korean-style grilled BBQ beef rib dish, served with Miso Soup and “pink rice.” According to the sandwich board outside the restaurant, posters on the walls inside, as well as right on each page of their menu, their pink sushi rice is healthy and nutritious, something they are very proud of – and apparently, very rarely served elsewhere.

The rice tasted fine, and the ribs were juicy because of the special Korean soy sauce they used. I did find the ribs to be a tad hard, though. Still, they were simply delicious.

As mentioned, when I entered the restaurant, there were no other diners. A Caucasian fellow, and then a small Korean family, came in after my food arrived. Looking around the restaurant, it seemed there are around 10 tables, so you can imagine it gets lively later in the evenings when more people come in during dinner time. Not that I know for sure, but I would guess this place does get busy. After all, they have specials every day until 10:00 p.m., where selected items are 30% off, so I can totally see people that live in the area going there: 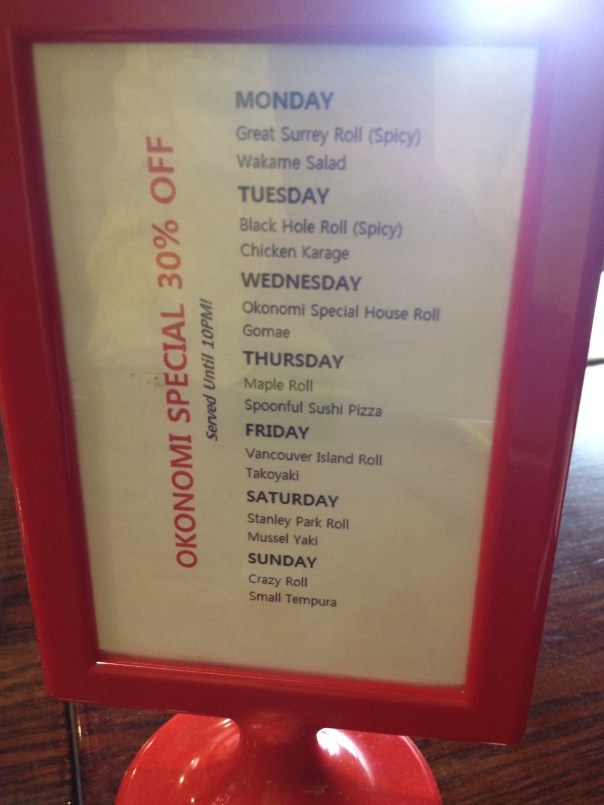 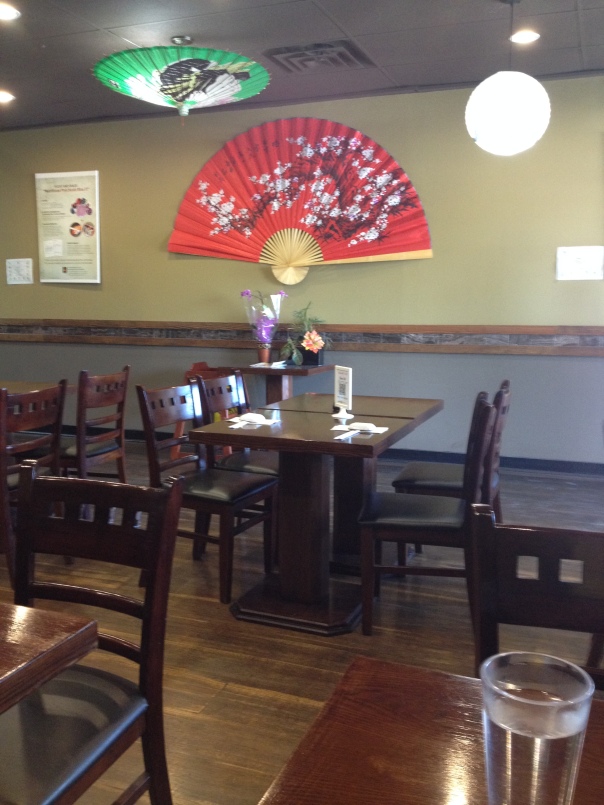 Items: Spicy Chicken Karaage and BBQ Galbi
Purchased at: Okonomi Sushi Restaurant (Surrey Gateway location), 13448 108 Avenue, Surrey, BC
Prices: Spicy Chicken Karaage C$5.95; BBQ Galbi C$12.95, plus tax
Final Thoughts: I received great service during my visit from the friendly staff. It is a nice, cozy place to have lunch/dinner if you work near Gateway Station Tower or live in the area. Highly recommended. They also have two other locations in New Westminster.

Posted on August 22, 2014, in Food Review. Bookmark the permalink. Leave a comment.

← Food Review: Stonegrill @ the MET (Burnaby)
Baseball: Why is the knuckleball such an important style of pitching? →